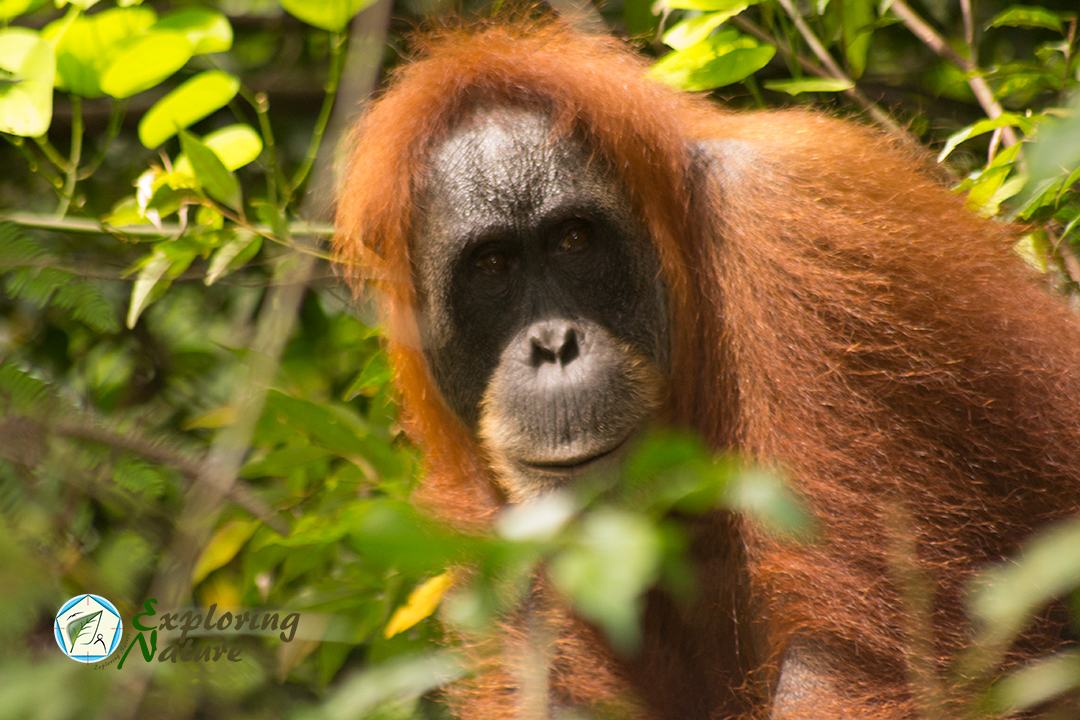 “Hey …. Kuch kuch hota hai”… or “Hello …. Kabhi khushi… kabhi gham…” shouted a local resident of the village of Bukit Lawang at the explorer. That was the villager’s first meeting with an Indian in person, in recent past. Before that they had seen Indians only in Hindi movies or TV serials (dubbed in Bahasa Indonesia).

This used to be a regular phenomenon for me, whenever I was moving around in the village. Local villagers were curious and excited after knowing that there was an Indian in the village as it was quite rare for them to sight one, despite immense popularity of Hindi movies made in 90s. The reason for popularity of old movies could be the time it takes to dub such movies into local languages. It takes a decade or long before those movies reach there from India to be shown.

Gunung Leuser National Park is a large world heritage listed national park covering 950,000 hectares in northern Sumatra, Indonesia, straddling the border of the provinces of North Sumatra and Aceh. The village of Bukit Lawang, is a small tourist village at the bank of Bahorok River in North Sumatra province of Indonesia, located within the park and situated 90 kilometers northwest of Medan. It is most famous for being one of the last places in the world where one can see orangutans in the wild. Bukit Lawang is also the main access point to the Gunung Leuser National Park from the east side.

After a 4 hours long drive, I reached at Bukit Lawang village on the afternoon of 24th October, 2016. The car could reach only up to the point where local traditional village market is situated and villagers come for shopping on every Friday. After that point, a two kilometres trekking and crawling through a cave would take to the main village where normally tourists would stay. My tour operator was EcoTravel, and their cottage comprised of a garden and a sun terrace overlooking the jungle and mountains. EcoTravel Cottages are situated in Bukit Lawang, right next to the Bahorok River. The cosy accommodation offers free WiFi access throughout the property. All rooms have a terrace or a balcony with views of the mountains and river. Every room is fitted with a fan and mosquito nets. They have a total of five spacious rooms in that village.

Sumatra EcoTravel stands for ecologically responsible travel in North Sumatra, Indonesia. The tours they arrange for tourists are aimed at the conservation of the environment and the well-being of local people and animals in this region. They try their best to give travellers a taste of the colourful Indonesian culture and to protect the Gunung Leuser National Park, especially the habitat of the last Sumatran orangutans.

During these entire exploration series, I often noticed their intentions of working together with authentic local partners and villagers.

The trekking started on the next day morning at 8:30; it was a multinational team consisting of German, French and Malaysian nationals with local guides Antonio, Eno and Dia. After knowing that I had a specific objective of capturing biodiversity of Gunung Leuser through lenses, the tour operator and owner of EcoTravel, Kembar allocated Eno dedicated to me, so that I could walk faster than the other team members and reach deep inside the forest to get better views.

The first task for the day was to reach the jungle by crossing Bahorok River. The Bahorok River is a river of the Langkat Regency in North Sumatra Province, Indonesia. A flash flood hit Bukit Lawang on 2 November 2003. The disaster ruined local tourist resorts and had a devastating impact on local tourism industry in the area. Around 400 houses, 3 mosques, 8 bridges, 280 kiosks and food stalls, 35 hotels and guest houses were destroyed by the flood, including 239 people (5 of them were tourists) were killed and around 1,400 locals lost their homes. Local authorities and an environmental NGO attributed it to illegal logging. Thanks to several international cooperation agencies, the site, at the bank of Bahorok River was rebuilt and re-opened again in July 2004.

From one edge of the river, where the village was located, to the other edge, where the forest started, was about 10 meters of width. The depth was not more than 1 meter in that particular stretch which was used to reach the forest area. After crossing the river, there was another 1 kilometre of trekking to reach the range office of Park, where Guide Antonio went ahead to check status of permit and other formalities before the team started entering into the forest.

Gunung Leuser National Park is a national park covering 7,927 km2 in northern Sumatra, Indonesia, 1/4th of which is straddling the border of North Sumatra and the rest is in Aceh provinces. The national park, settled in the Barisan mountain range, is named after Mount Leuser (3,119 m), and protects a wide range of ecosystems. An orangutan sanctuary at Bukit Lawang is located within the park. Together with Bukit Barisan Selatan and Kerinci Seblat national parks, it forms a World Heritage Site, the Tropical Rainforest Heritage of Sumatra. Gunung Leuser National Park is 150 km long, over 100 km wide and is mostly mountainous. 40% of the park, mainly in the north-west, is steep, and over 1,500 m. This region is billed as the largest wilderness area in South-East Asia and offers wonderful trekking opportunities. 12% of the park, in the lower southern half, is below 600 meters. 11 peaks are over 2,700 m., Mount Leuser (3,119 m) is the third highest peak on the Leuser Range. The highest peak is Mount ‘Tanpa Nama’ (3,466 m), the second highest peak in Sumatra after Mount Kerinci (3,805 m).

Arnab Basu, an Environmentalist and Natural History Commentator. Born in Kolkata on 17th June, 1978 and currently based out of Bengaluru. • An Environmentalist by profession and holds B.Sc with major in Botany and Zoology from 2000 batch of University of Calcutta; MBA in Environment Management from 2004 batch of Indian Institute of Social Welfare and Business Management (IISWBM), Kolkata; Diploma in Chemical Engineering and Industrial Safety. • About two decades of experience in advisory work on environmental law, governance and management systems; • Worked with National and multinational EHS consultancy farm like EQMS, Deloitte etc, currently working as Principal Consultant in ERM. • Participated in about 40 biodiversity expeditions, in Himalayas, Western Ghats, Central India, Sub-Himalayan Terai region, Mangroves of Indian and Bangladesh, Tundra region of Scottish Highland, Rain forest of Sumatra, Desert of Kutch, Western India and Savannah of South Africa. • Conducted assessment of urban and sub urban biodiversity at Kolkata, Salt Lake Wetland, South Bengal (West Bengal). • Conducted Study on Joint Forest Management and Wild Life in South West Bengal under the supervision of Department of Forest, Govt. of West Bengal and under the joint guidance of Environment Management department of IISWBM and National Afforestation and Eco-development Board, Govt. of India. View all posts by aunatural10